Vichy, the print that stormed into fashion feed and women\'s looks

Learn more about this trend, which according to Pinterest, had a 110% increase in searches in the year 2020 and is one of the highlights this season.

Vichy is a timeless print, known for its checkered pattern, in a checkered format, and defined by defined and symmetrical spaces. It is a trend that presents a cheerful mood, fashionable and romantic, and with references to the cottagecore aesthetic, a trend that invaded this season, inspired by a lifestyle closer to nature.

Super inclusive and versatile, you can coordinate vichy with the most varied pieces - neutral, colorful, monochromatic - or even with other prints, in a mix and match with floral and stripes, for example. For having this super democratic characteristic, in which you can invest in any occasion, it is a trend that often makes its revival in the fashion scene.

Its origin goes back to the French city of Vichy, hence its name, where this pattern was very popular in the 19th century. And one of the great drivers of this trend was the movies, where we cannot fail to mention the great influence of the actress Brigitte Bardot for this fashion. She liked the print so much that she got married wearing a vichy dress. And she also acted in a series of movies in the 50's that brought this inspiration in the costumes.

Even before that, Vichy had already made its presence felt in movies like The Wizard of Oz, with the character Dorothy, played by actress Judy Garland, and also in several productions with actress Katharine Hepburn.

Since that time, the pattern has been making its presence felt in women's looks. Nowadays, it has been revamped, associated with pieces such as puffed sleeves, asymmetry, wide silhouettes, and square necklines. And more: at Vizzano this fashion trend is joined by logomania, which you can check out in the post Vizzano Novelties that bring the viral logomania! The pattern also gains a new chromatic cartel, like the pop pastel represented by pink.

The pattern looks amazing when paired with ensembles, tailored shorts, and even shirts, which gives a style full of sophistication. Vichy also goes very well with jeans, jackets, and blazers. When creating outfits, women can choose to follow the colors of the pattern in the rest of the look, suggesting a thousand and one compositions, not only in warm days or in beachwear, but throughout the year. 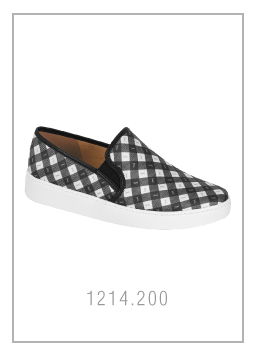 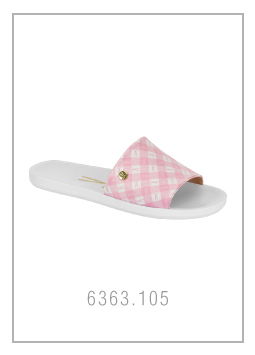 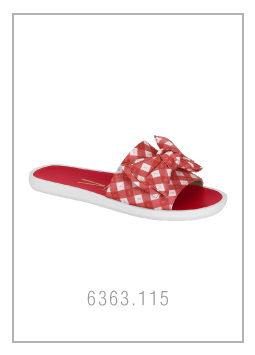